Local children’s writer and illustrator Megan Woodward is celebrating the launch of her new book Toby’s Time Machine this month with a special public reading event on 26th June hosted by Huddersfield BID with support from Huddersfield Live and Kirklees Council. We caught up with her to discuss the new book and her relationship with Huddersfield.

Tell us a bit about yourself and what you do?

I grew up on the Isle of Man where I had a lot of freedom to roam about villages, forests, hills, and beaches, which I feel has really helped me become the creative person I am today. I went to college for 3 years on the island to study Art and Design where I made some amazing friends who I am still very close to. It was at college where I wrote my story for my final major project in third year. I had some amazing teachers who really pushed me to work on my illustrations…and in some cases, made me re-draw them from a more interesting angle.

After college I left the Isle of Man to study Graphic Arts and Design at Leeds Beckett. I really enjoyed living in Leeds but spent most of my time in Huddersfield seeing friends. In my third year at Leeds Beckett, I moved into a student house and commuted by train. It was a manic year full of deadlines, trains, a stupid amount of partying and more trains.

I took a year out of studying to work as a cocktail waitress at Revolusion De Cuba in the town centre. That was a blast, but the shifts were long, and we did not up finish till about 4-5am the next day. I enjoyed working there, especially when I had a moment to sneakily sketch some drawings of the customers on the receipt papers. (I have had many bar jobs where I spent the quieter moments drawing on the receipt papers, I also did it when I worked as a cashier at Shoprite in my mid-teens…I was told off repeatedly).

I am currently doing a PGCE at Huddersfield University, which has been pretty crazy during the pandemic. The uni is fantastic and have been extremely supportive throughout the whole year. I plan to go back in September and eventually qualify as an art teacher.

What made you want to write a children’s book and where did the idea for the story come from?

I have always had stories brewing in my head from a young age. The stories end up either changing because I got bored of them or I have jotted them down to ‘come back to later’ but always end up forgetting about them. This time the idea of someone visiting a native tribe untouched by the outside world kept playing around in my head after seeing a short video on Facebook about an indigenous clan in Papua New Guinea. I did some further research on tribes that are still around today and basically got obsessed with them for a while. I looked on google maps and searched for an island off the coast of Papua New Guinea which would serve as my location for the story. I chose Bagabag island because I liked its name, and I liked the shape.

How did you go about getting it published?

I searched ‘publishers’ into google and clicked on the first link which was Austin Macauley  Publishers which are based in London. I emailed them a PDF of my story along with illustrations and honestly did not think I would hear anything back from them. I was very shocked when they emailed me back about a month or two later to tell me they would like to publish my book.

What’s the support been like from the local community here in Huddersfield?

I have been very taken aback by the amount of interest I have got from people in Huddersfield. Working as a teaching assistant in the area, I have had the chance to talk about my book directly with the kids I hope will enjoy it. They have been really excited to have the book read to them in class.

Do you feel Huddersfield is a good place to live and work?

There is such a wide variety of things to do in the town centre, whether I am shopping for art supplies in the arcade or having dinner and a drink with friends – especially now that lockdown is gradually lifting it is great to have new bars and restaurants opening all the time. Being a stone’s throw away from picturesque villages like Holmfirth and Slaithwaite makes it easy to feel a world away from the busy town centre.

Where are your favourite places to hang out/work/enjoy in Huddersfield?

I have quite a few places I love in Huddersfield, but Greenhead Park is my favourite place to go. I spend a lot of my evenings there dragging my partner outside for a walk and feeding the birds by the lake. Now that we are allowed outside again, I would say the Parish is one of my favourite places to spend a Friday or Saturday night, especially now they’ve moved to a roomier venue.

Tell us about the upcoming book reading and signing event on the 26th June, what can people expect?

Kids attending can look forward to an engaging story, brought to life by a local theatrical performer. It is going to be at the Live Marquee on New Street. Performances are 30 minutes long and are taking place through the day at 11:00, 12:30, 13:15, and 14:00. I am really looking forward to it, it is going to be great to see kid’s reactions to the story as it unfolds.

What do you have planned next?

I have been working on another story that has been very much inspired by the wildlife in Greenhead Park. I that is all I am going to say for now…

Meet the makers: the independents and the creators 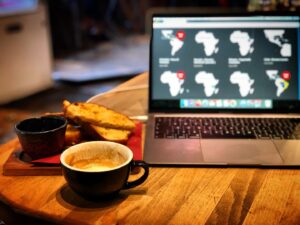 Huddersfield town centre has seen an increase in fabulous independent cafes. They are a place to unwind with a coffee and the daily newspaper or a good book, meet friends for lunch, take a break from the home office, or a welcome break mid shopping trip.

Give us your ideas and we’ll write you a story, poem or letter!

Members of Holmfirth Writers’ Group are inviting visitors to call in at their ‘Story Shed’, outside the Parish Church, on Saturday 18th September between 12 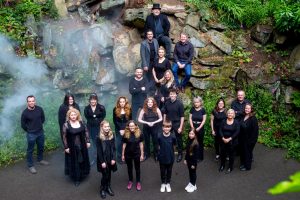 Performers of Longwood Amateur Operatic Society are keen to dive into performing again after a long wait following the Pandemic. For the past few weeks LAOS have been rehearsing to bring the first show performed in the new refurbished Lawrence Batley Theatre, Into the Woods. 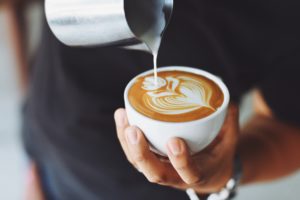 6 of the Best Breakfast Spots in Huddersfield

Whether you fancy a full English on a sunny terrace, eggs Benedict in a hidden garden, or a good old fashioned bacon butty in a neo-classical building, we think that Huddersfield has some of the best eateries around. 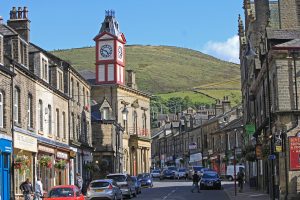 The West Yorkshire village of Marsden is coming out of lockdown in style with a celebration of all things Yorkshire on the 30th, 31st July and the 1st August.